1 by Kenneth Larosa
Good Evening everyone,

I hope you all enjoyed the summer holidays and used the time to spend time with family and friends before we all either head back to school or back to work for the rest of the year.

As I write this message it's been just over a year since LS-RP SAMP closed down and just a few days after I took over this faction. Considering we don't have a server to even play at the moment I am proud of the current position we are currently in. It wouldn't have been possible if it wasn't for the members of this faction. Everyone here gives me and the rest of the Executive and Command staff the motivation to try and push on during these dark times.

I'm sure everyone here is experiencing the same thing and the main issue for us is having no server, the continuous delays have done nothing but whittle down everyone's motivation to continue to plummet. All I can say to everyone right now is we are approaching a launch in the coming days and weeks. As I have stressed time and time again right now I do not expect any activity requirements from anyone until we have a valid date to go off. Until then, please just enjoy the time you have and check in every now and then or when we publish anything.

We don't have much to say from any divisional standpoints as everything is in motion and not much has changed throughout. I do have news in terms of the buildings we have as a faction, I'll go over these in this update:

As all of us know, we have the Davis Station available at launch and this will be the station with an MLO interior. We will have lockable doors so the public can't interfere or trespass. You can see pictures below: 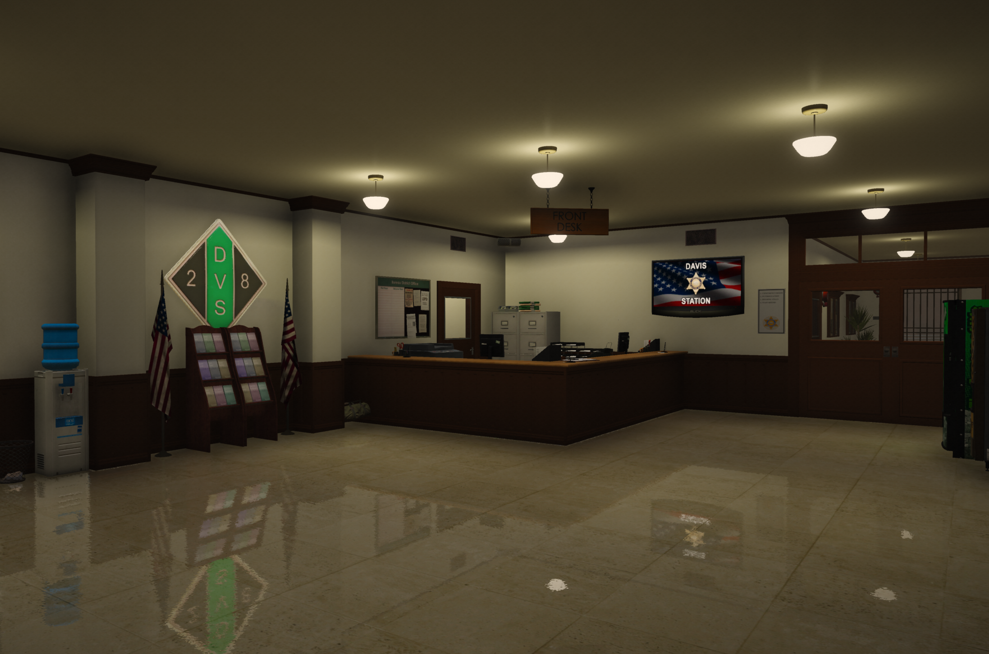 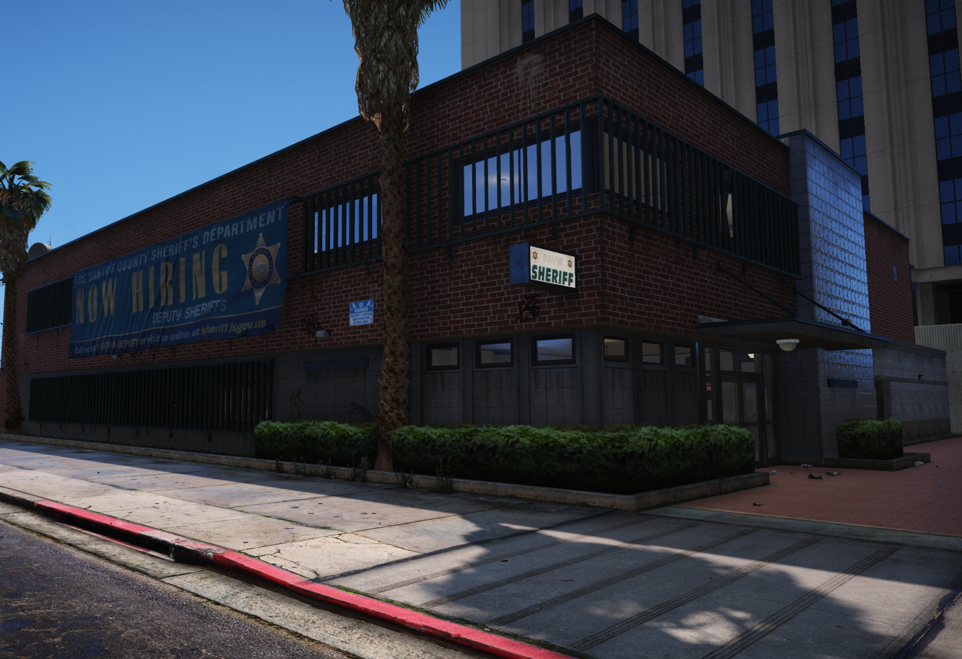 We will also have the Paleto Bay Station available at launch, the interior will be worked on once we get in-game, but I will work on some form of smaller interior to allow the station to be functional from the get-go.

If you or anyone you know is good with interior design and wishes to help us with the project then feel free to let me or the Executive or Command Team know.

We will also have this building in-game, we have brainstormed to use this as a training facility, this will house our recruitment drives and other things such as IC SEB Training and anything else that requires a space in-game to house anything like that, we haven't fully decided on what else is going to be here, but we will inform you all when we come to a conclusion on that.

Again, similar to the Paleto Bay Station, an interior is not yet decided or started, but we will work on this once the server is up and running. Again, if you wish to participate and help us build the foundations for this then please let me know.

We also need a name for the building, I originally thought of basing it off the LASD training center " Eugene Biscailuz Regional Training Center". But please let me know of any suggestions!

I'm proud to say we'll also have a DDHQ on launch too, we're currently in the process of getting a base interior setup, once we have more progress images to share with everyone!

While you may question this and say that not all of DD operates under the same building, we need to remember we are playing a game and we are limited to the game and the buildings it offers. Right now all of DD will operate out of this building but as we expand and grow we'll set up more properties as we go. 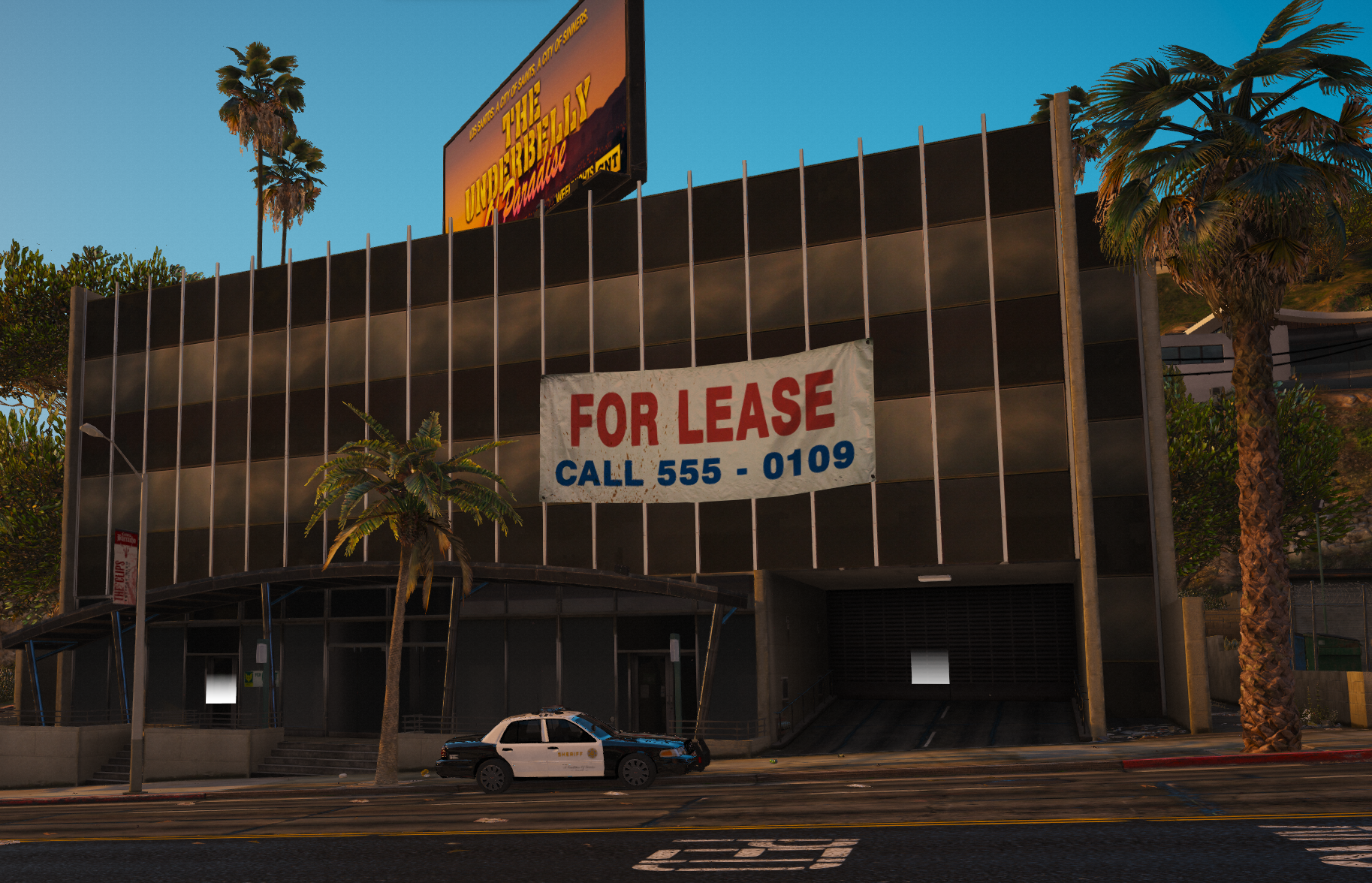 Small update for our Special Operations. With the help of Imperium, we finally have a functional training server that will allow us to use the same systems as LS-RP, such as weapons, recoil, vehicles, properties and so much more.

Executive Staff is working alongside SEB Command, AB Command, and Imperium to get everything we need on that server before we get SEB and AB set up and running.

The server I made alongside IamDuco will be dysfunctional going forward and we won't be developing it any more than it already has been. This can be used for the rest of the faction to hop on, DM, practice driving, flying, and anything else you want to do there.

I was hoping our last faction update would've been the last before we were all able to hop on, play, and roleplay with each other. While I understand there will be disappointment that we were not able to get on in August it was a blessing as it allowed us to enjoy the hot summer. I'm not going to say I hope and wish this to be the last update, as I enjoy writing these and I enjoy keeping the faction informed on any movements and progression we have gone through in the past month, be it little or BIG.

We are getting closer to a launch date as we're doing the final preparations as a faction, such as properties, interiors, setting up garages, vehicles and so much more. I'll keep you all updated along the way when I have something to show.

Once again, I have to say thank you to everyone showing the ever-lasting support for the faction if it wasn't for all of you the work I put in along with Executive Staff and Command Staff would mean nothing ultimately, all I can ask is for you to wait out the last stretch and hurdle and we'll all be on soon enough.

Looking forward to play with all of you in the future.

Return to “Notice Board”